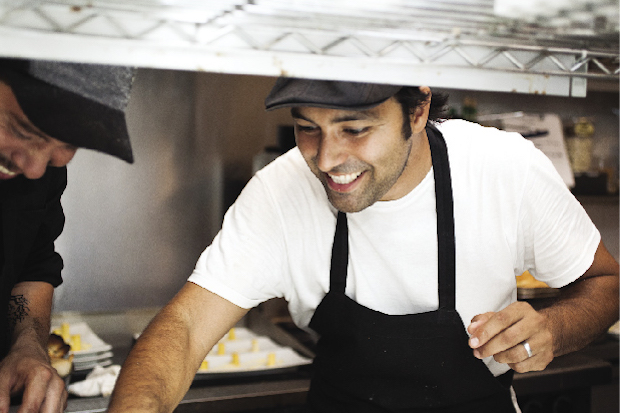 Born and raised in Ciudad Evita just outside of Buenos Aires, Diego grew up within a vegetarian/macrobiotic family. At the time, healthy food options were very simply prepared and used few flavors and ingredients—a defining influence on Diego’s now rebelliously vibrant and diverse cuisine.

Originally, Diego sought a career in theater, and at 22 decided to travel throughout Latin America in search of work, ending up in Mexico. To get there, he had eaten his way through Bolivia, Ecuador, Brazil, Peru and other countries, awakening his curiosity about Latin American food and indigenous ingredients, and decisively making him a performer of culinary art instead of theater art.

In Buenos Aires, Diego began his life in the food world, bartending in Palermo, and cooking for his roommates in the communal house Los Elefantes. Diego studied at Buenos Aires Natural Chef and after operating his own vegetarian delivery business he moved to San Francisco with his partner Sanra Ritten. There, he discovered a style of cooking integrated with the land and farmers, a holistic view of gastronomy. He ended his Californian resumé at Millennium, working under Eric Tucker, the guru of vegan cuisine.

A few years later, Diego and Sanra moved back to Buenos Aires wanting to learn and research anything edible the southern continent had to offer. They created Casa Felix in 2007 as a way to share and showcase their findings and experiences.

Since then, Diego has become passionate about the cuisine of his region, using his work in the kitchen to support small-scale producers, and constantly researching the flavors and culinary knowledge of South America.

Diego is part of the international Slow Food movement and actively participates, incorporating the philosophy into his daily work. He currently resides in Santa Cruz, CA and cooks for private dinners, celebrations and catered events throughout California. 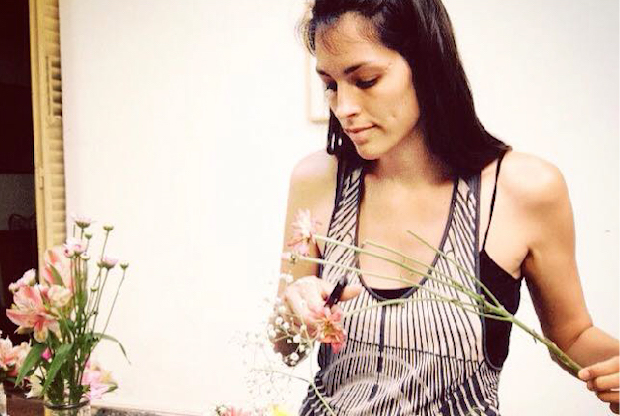 Sanra Ritten, a San Diego native, completed her degree in Bilingual Environmental Photojournalism from San Francisco State in 2005. She met Diego during a year-long Study Abroad program to Buenos Aires.

Also passionate about food and the environment, Sanra published several food related articles in publications including Gastronomica, The Argentina Independent, Time Out Buenos Aires, and Ode Magazine and has always worked in the restaurant industry as she has a deep love for -and appreciation of- good food and wine.

She now co-directs Colectivo Felix and is a world-renowned mother of long haired, wild boys.

She now resides in Santa Cruz, CA and works at the non-profit education and production farm Pie Ranch. 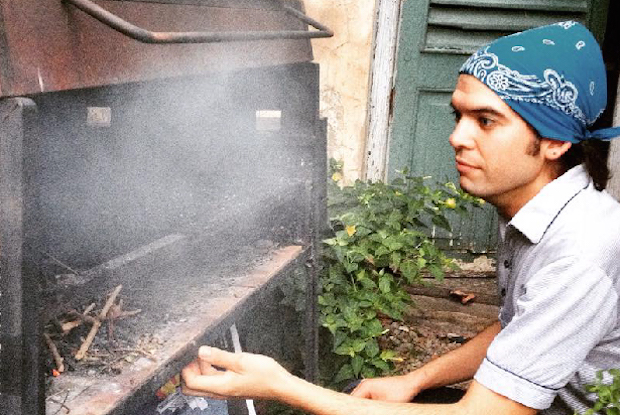 Born and raised in Buenos Aires, Alvaro Zapata began working as Casa Felix’s Resident Chef in December of 2009. At 21, Alvaro took his first job in the kitchen at Bio, a vegetarian and organic restaurant in Palermo working with Chef Maximo, a mutual friend who introduced Diego and Alvaro. Several restaurants later –among them Arevalito, Basilico, Kensho, and Blanquita- Alvaro came to Casa Felix.

Inspired by Diego’s garden, which provides many ingredients used in the dinners, Alvaro has become an urban gardener himself, contributing much of his own produce to Casa Felix.  He also experiments with brewery and has successfully produced his own pilsner, which is sold at Casa Felix and a couple of other local venues.

His interest in spreading the basics of healthy cooking led him to work with children in primary education programs. As a member of Slow Food Argentina he participates in social action programs to generate links between small farmers and cooks.

In Colectivo Felix he is the Resident Chef at Casa Felix and executes tasting menus featuring products from the garden as well as a variety of local, indigenous foodstuffs on weekend nights. 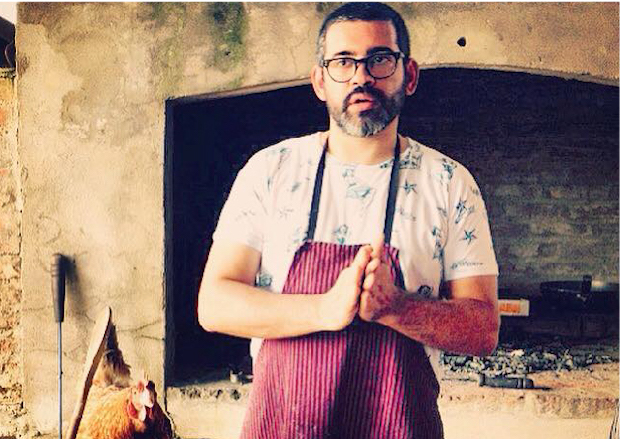 Diego Veras, professional cook and baker by choice, has been in the kitchen for as long as he remembers. He lived in Spain for a few years and traveled extensively in Italy, Portugal, France, Morocco before deciding to return to Buenos Aires. His first time in a professional kitchen was in Uriarte Bar, with Julieta Oriolo, while studying cooking and management at Gato Dumas. After learning the basic secrets, he decided to be a baker, which would prove to be a substantial change in his professional career.

He worked for nearly two years in Olivier Hanocq and Bruno Gillot bakery L’epi, led by Augustine Albisu, head baker in the best French bakery in Buenos Aires. There, among flour and ferments, he found what his restless imagination had always sought. He returned to the kitchen with Martin Arrieta and Maximo Togni in Sanbenito, without neglecting bread. During this time he continued learning and perfecting his own techniques and methods of breads and pastries. He trained in Paola Carosella’s Arturito, in São Paulo, and when back in Buenos Aires, doing a stage in the restaurant Fer Rivarola’s El Baqueano, crossed culinary paths with Diego Felix.

After being head of bakery and product development in Farinelli, Diego joined

Colectivo Felix, working in the kitchen and helping to improve the breads.

Committed to the Slow Food movement, Diego is now dedicated to advising restaurants, bars, and cafes, as well as teaching bakery classes and working on his hobbies of carpentry and bike restoration, which -like everything he does- he does seeking perfection and care of craft. 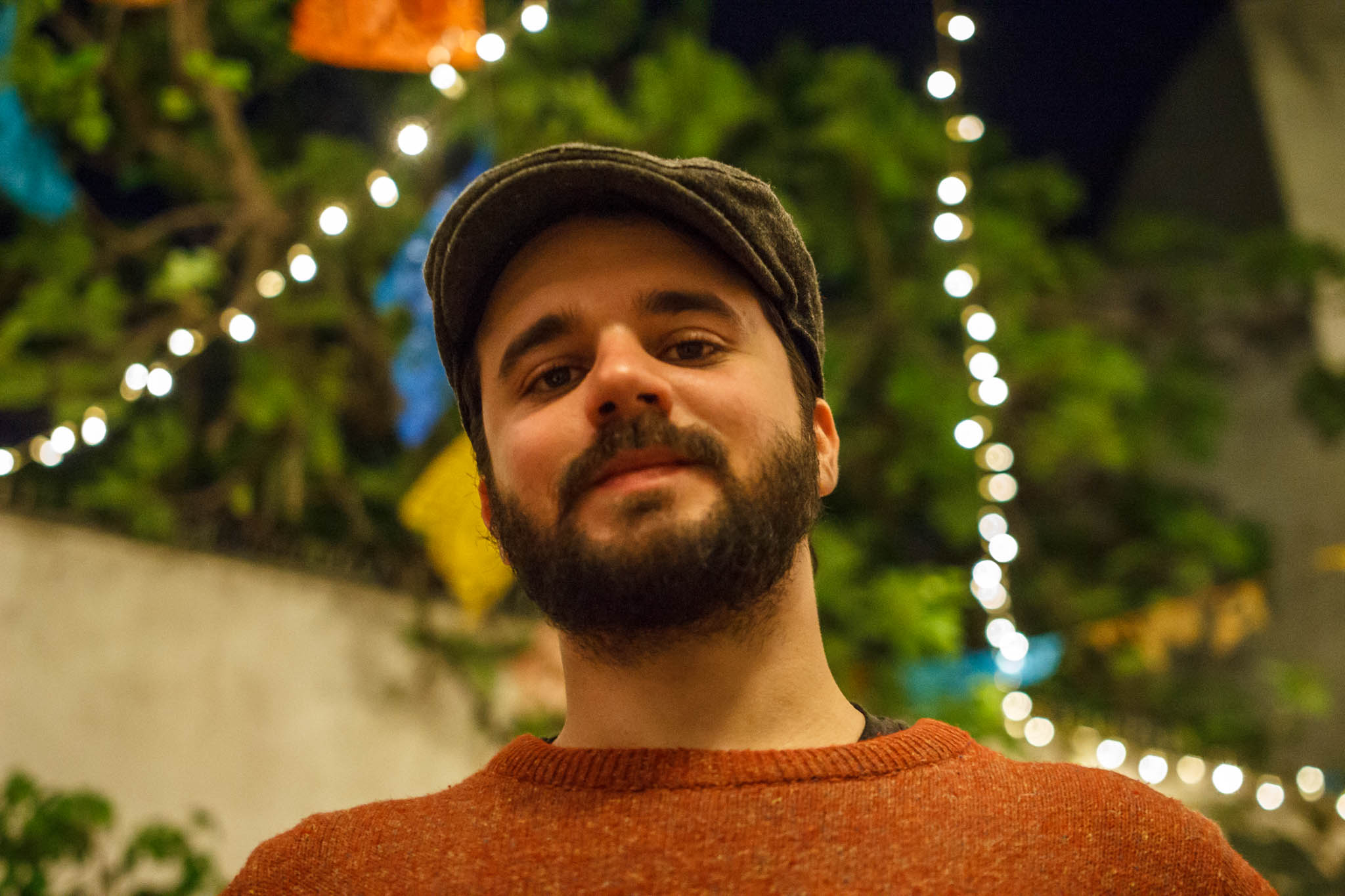 Pablo has Italian and Argentine roots, he grew up between chefs, kitchens and restaurants. He perfected his techniques traveling and cooking trough Latin America and Europe. A fundamental performer in the Colectivo Felix, he also runs his own project called PAN doing Pop Up dinners across the continent. 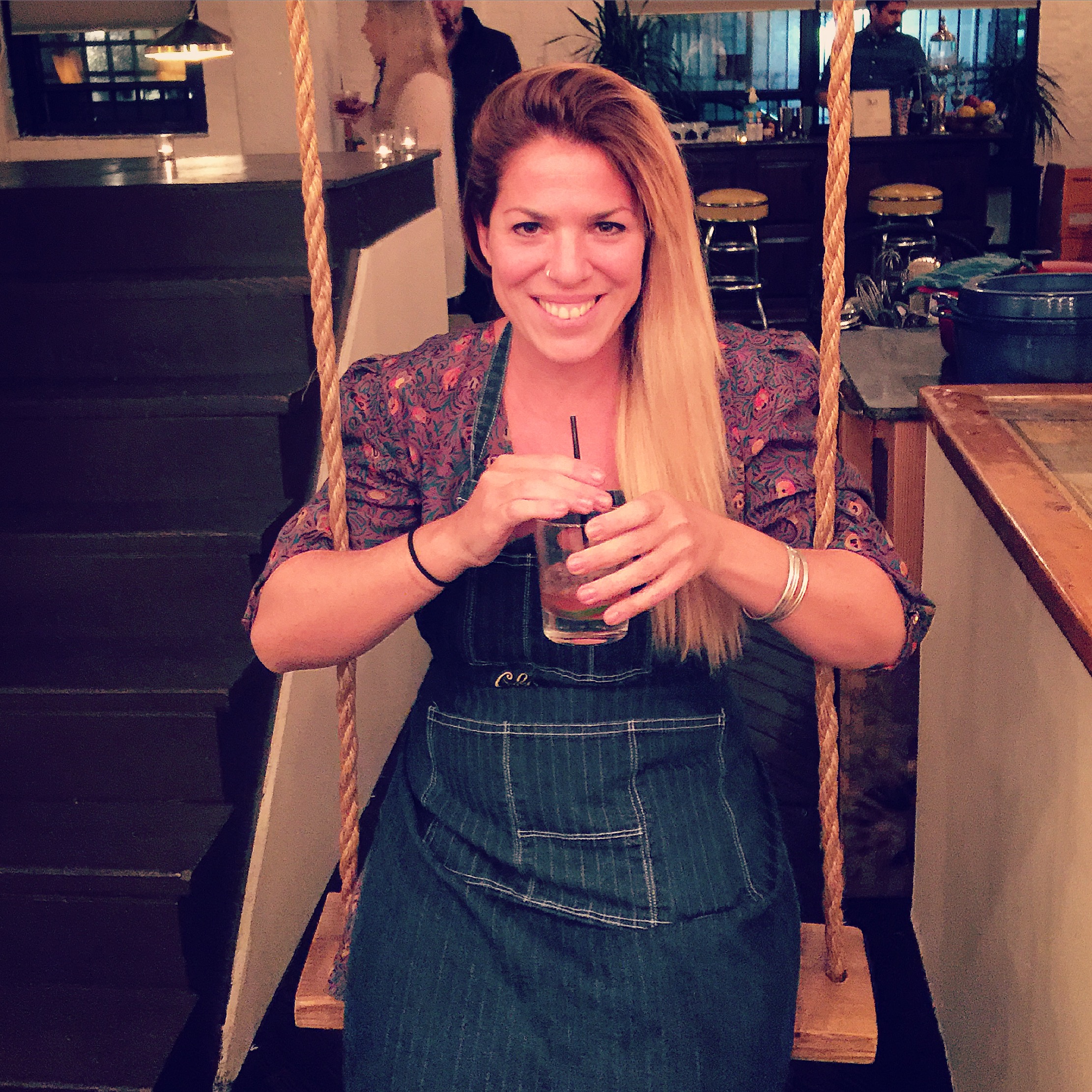 Born and raised in Buenos Aires, Florence started her career in gastronomy when she was 21 years old in Boston. After passing through several restaurants in managerial positions she became a sommelier and opened her own business in the East Village, Resto Leon, which was open until 2011.

Flor became a part of the Colectivo Felix in 2008 and since then is the East Coast tour manager. Today she lives in Brooklyn and works part time as an assistant in food styling and full time as a mother of Paloma and Camilo. Meanwhile, with her husband Paul they are also creating their beautiful weekend house “Casa Nueva” in The North Fork, Long Island.